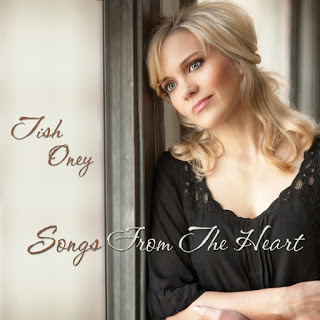 I was duly surprised earlier this month to discover that the 59th Grammy Awards has decided to honor my 2015 Songs From the Heart EP with consideration in three categories! The first track, “Follow Me,” was co-written by my husband, George GC!bor, and has been listed for Grammy consideration in “Song of the Year” and “Best Pop Solo Performance” categories. Track two, “Be Still and Know,” is being considered in the Best Contemporary Christian Music Performance/Song” category. I am super-excited about this attention my original songs have received–and fully realize that I am so blessed to be able to do what I absolutely love as my profession. Both songs come from an EP of guitar/vocal duets and were recorded with my favorite collaborative artist, the amazing guitar master John Chiodini, who performs with incredible emotion, originality, style and artistry in everything he does. Our 2016 recording, a jazz album yet to be released or titled, is still in production and will be out next year. That project has its own set of enormously exciting tales to tell, but its time will come… NARAS members, thank you so much for your consideration of my songs on this ballot round!

As a youth, I often wondered how artists became noticed and included in these awards deliberations… Why are some talented artists seemingly overlooked while others, perhaps not nearly as gifted or skilled, get so much attention? Naturally, life has taught me the answers to those questions, and very hard work, diligence, discipline and sheer perseverance cannot be minimized when looking back on my career. The school of hard knocks may be the more difficult way to go, but it does produce its own unparalleled brand of achievement and satisfaction eventually. At many junctures in life, I think I took the less-traveled road… I have never entered a singing or jazz competition, so I never had a career or recording contract handed to me, as some have. I never was “discovered” at a young age (well, actually I was, but I felt my Ivy-League education was too important to give up for a possible Miss America title… true story.) In another instance, when an ABC network producer called me on the phone to invite me to star in their reality music show pilot, I turned them down–with the caviat that I would be glad to accept employment from them to coach their contestants instead. The producer was speechless and stated that he had never experienced a turn-down from an artist before. I was too concerned about preserving the integrity of my music career (in which I always have called the shots) to hand it over to a possibly irresponsible producer who would be willing to sacrifice my career to improve the network’s ratings. As tempting as worldwide fame and attention may have been in previous moments, I am grateful that I had the presence of mind and self-respect in that moment to do what was best for me, which was to turn down ABC’s offer.

My advice to young artists today (should you choose to accept it) is this: ALWAYS be true to yourself and to your art. Do not be tempted by agents, managers, opportunities or offers that feel out of step with where you would like your career (and life!) to go. If you cannot be in control of your career, or if the offer does not align with your value system, it could be unwise to follow someone else’s concept of who you could become. I have since been approached by managers and Broadway producers who may yet contact me for collaborative work… who knows? I will entertain each offer individually as it comes, and if it happens to align with my goals, GREAT! But often, if it comes with a “catch” or a cost, that’s a danger sign. I am content to go where my Lord leads me. And even if my life includes not another single awesome gig, opportunity, job, or award, I can honestly say that I have lived my dreams… even now I am living them… and for that I am eternally thankful.